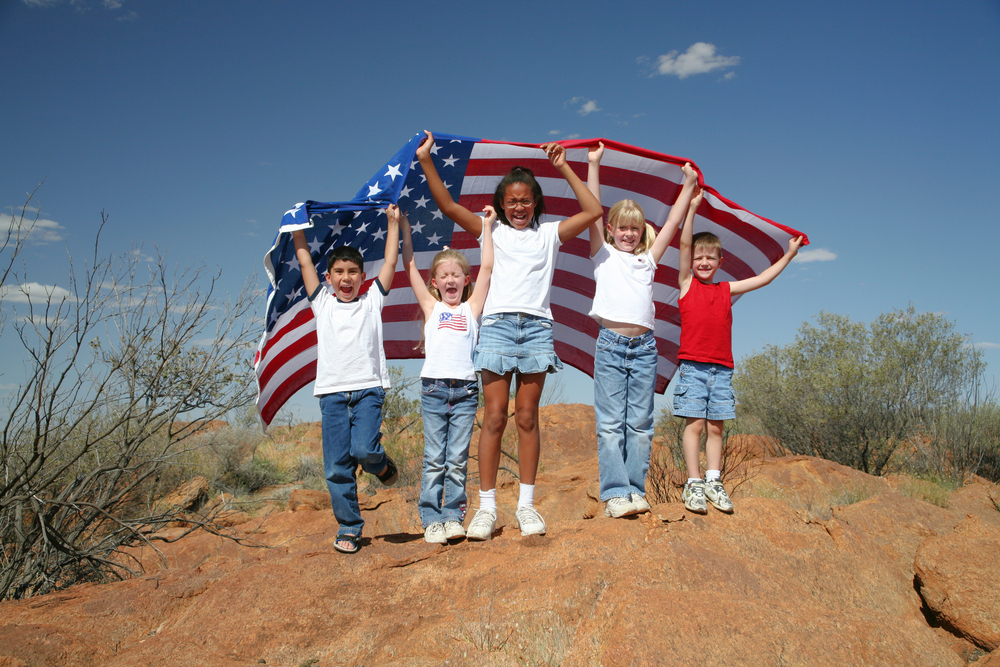 “What we need are critical lovers of America – patriots who express their faith in their country by working to improve it.” ~ Hubert Humphrey

“Posterity: you will never know how much it has cost my generation to preserve your freedom. I hope you will make good use of it.” ~John Quincy Adams

“A man’s feet must be planted in his country, but his eyes should survey the world.” ~ George Santayana

“May the sun in his course visit no land more free, more happy, more lovely, than this our own country!” ~Daniel Webster

“This is the story of America. Everybody’s doing what they think they’re supposed to do.” ~Jack Kerouac

“My God! How little do my countrymen know what precious blessings they are in possession of, and which no other people on earth enjoy!” ~Thomas Jefferson

“America is not just a country, it’s an idea!” ~Bono

“To the founding fathers; as you gaze down upon us from the heavens above, know that we have never forgotten the gift of freedom you bestowed upon a nation.” ~Alan Loren

“There is nothing wrong with America that cannot be cured by what is right with America.” ~William J. Clinton

“True patriotism hates injustice in its own land more than anywhere else.” ~ Clarence Darrow

“Freedom is more than just a patriotic concept; it is the purest intent of our design. Be you. Be free. Be nice.” ~ Steve Maraboli

“I have a dream that one day this nation will rise up and live out the true meaning of its creed: We hold these truths to be self-evident that all men are created equal.” ~Martin Luther King Jr.

“There is nothing wrong with America that the faith, love of freedom, intelligence and energy of her citizens cannot cure.” ~Dwight D. Eisenhower

“I think patriotism is like charity — it begins at home.” ~ Henry James

“I have a great belief in the future of my people and my country.” ~ Marian Anderson