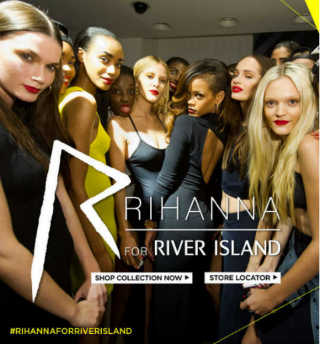 It is no secret that celebrities have become huge fashion icons. Whether you are a fan of them as an artist or not seems to be irrelevant, if they have great style and look good then their wardrobes become influential.

As a celebrity, endorsing a brand is no longer a matter of just wearing a designer on the red carpet. The fashion industry has clocked onto the power celebrities have over the trends consumers buy into (as have celebrities) and they have realised there is a lot of money and publicity to be had by collaborating.  Rihanna is not the first celebrity to turn fashion designer but, her collaboration with River Island is proving such a partnership works (and not just because of her name)!

So What Made ‘Rihanna for River Island’ Such a Success?

As I said before, ‘Rihanna for River Island’ is not the first celebrity collaboration we have seen on the highstreet: 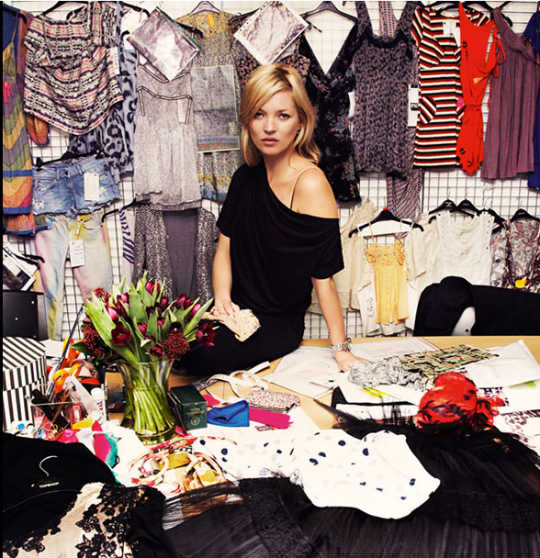 But, since Kate Moss’ collaboration with Topshop there has not been a celebrity design collaboration that has caused as much heat and excitement; that is until the whispers of ‘Rihanna for River Island’ began 9 months ago.

The reason for this is not just because Rihanna is an ‘A’ list celebrity that is constantly in the press; hello…Kate Moss is Britain’s Queen of the catwalk and she’s still showing us how to ‘get the London look,’ it’s not even just because the collection oozes the sex appeal and style Rihanna has that consumers are so envious of, but because River Island really worked hard to build their relationship with Rihanna and promote the collaboration consistently well both pre and post launch.

How River Island Made Sure ‘We Found Love’ With Rihanna

Seriously, you name it River Island did it! I have to give them credit they really have worked their little backsides off to make this collaboration a success and Rihanna is pretty much an honorary member of the River Island team.

From Rihanna’s first sketches of a collection, to sourcing and producing the collection, to multi-channel marketing across social media sites and mobiles as well as taking over London Fashion Week (amongst other catwalk shows) and optimising their website accordingly; ‘Rihanna for River Island’ has dominated tabloids, blogging sites and all of our spare time (and possibly budgets) to the point that since going global on 05th March 2013, 7 lines have already sold out online. 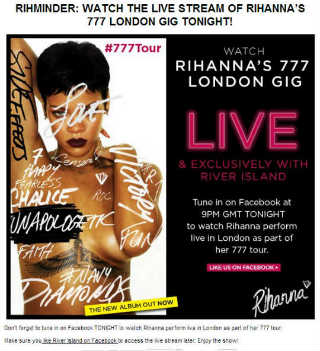 Facebook was the chosen platform for any video marketing. 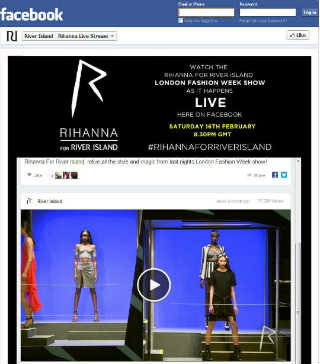 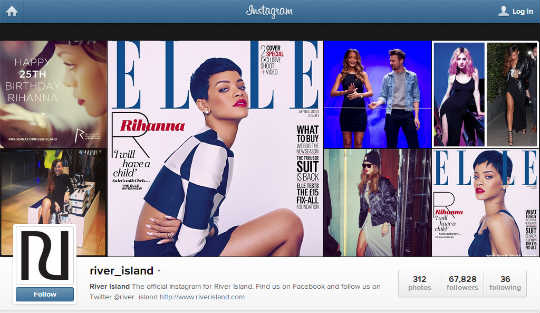 River Island chose to keep consumers up to date with events occurring around ‘Rihanna for River Island,’ providing hidden content that they could not access anywhere else unless they downloaded the mobile app River Island had created. The great thing about engaging with your customers via mobile marketing is that you can use GPS (Global Satellite Positioning) to promote special offers when consumers are close to your shop location.

Optimising your website plays a huge part in succeeding with any new brand or collaboration on an e-commerce site.

A few ways that River Island have optimised their site is as follows:

River Island were very clever promoting the launch of their first ‘Rihanna for River Island’ collection. Not only did they attend the all-important fashion weeks across the world, but they also utilised Rihanna’s affinity for the number 7 by hosting exclusive, pre-global launches in stores across 7 countries on 04th March 2013.

This included Oxford Street, London in the UK, running a competition alongside these pre-global launches for fans to win ‘priority passes’ enabling them to shop the collection and queue jump the global launch on 05th March 2013. 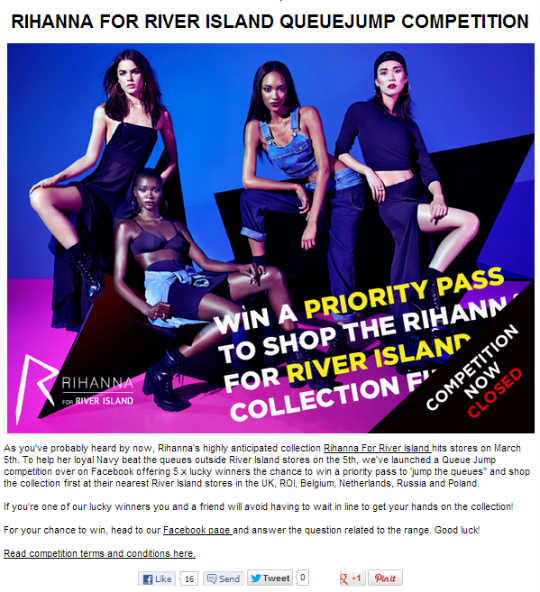 Promoting a collection as exclusive (even if it is on the highstreet) entices consumers to want the product even more. Hype is everything in fashion (the design of course is important and does need to be right) but you could design an amazing collection that never sells if you do not market it correctly.

I’ll be very interested to see how River Island choose to promote the following three season’s collection with Rihanna. Perhaps New Look and other like-minded highstreet brands should take note from River Island and Topshop to make their celebrity collaborations more successful.