You have probably guessed that I’m pretty crazy about social media so over the next few months I will be regaling you with some most excellent and informative tales about any new kids on the block in this fascinating arena. However, before I move onto the new I wanted to share the quirkier side of a firmly established platform and one that is quickly turning into the nations favourite. Yes, it’s Twitter.

I must admit that when Twitter first came out I was not convinced. I, like many others didn’t get it. I screwed my face up when people talked about it and ploughed my loyalties into Facebook where at least I could write more than 140 characters, poke someone and whine about getting tagged in some hideous school photo. Now, things have rather moved on and I have embraced Twitter with every limb and frequently run Twitter accounts for other companies and individuals

I’m not one of the 60% of people who follow a Twitter account because of potential brand discounts. I have a different reason to love Twitter. I love it because of the ability it has developed for us to engage with complex or technical subjects and how it has set peoples imaginations alight and encouraged others to take part in creative projects. It makes me laugh. Anything can tweet now, even plants. I kid ye not. Read on and let me share the crazier side of twitter with you.

@MarsCuriosity is a Twitter account for the mars curiosity rover that has been placed by NASA on the martian planet to do a whole heap of investigations. There are daily humorous and fascinating updates from the ‘Bot’ so no wonder it has an impressive following of 1,131,583!

Singer songwriter Jason Moraz has used Twitter to get ideas from fans for his new video and single ‘The Woman I Love’ The video will be shown on Twitter before anywhere else. This is a canny way to get more album sales by engaging the fans. If they are part of it they will be more likely to buy the music.

@L2012PoolCam has 19,914 followers for only 33 tweets and is twitter account for the camera in the Olympic swimming pool! Brilliantly humorous like @MarsCuriosity it tweeted incredible pictures of the fastest swimmers in the world. The Pool Cam tweeted an eerie shot of swimmer Yang Sun stretched out in what appears to be a sea of empty water. “If you think Yang Sun looks lonely in this one, try living at the bottom of the #Swimming pool. #London2012,” says the tweet accompanying the shot. 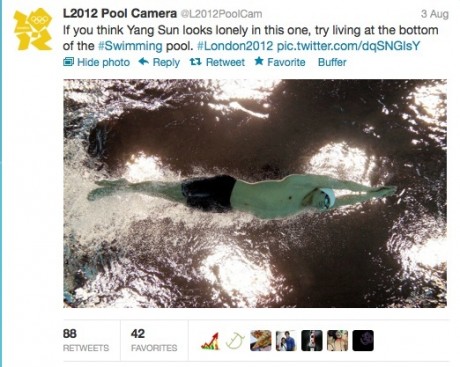 @BronxZoosCobra– 203,987 twitter followers. 200, 000 of these followed in the first four days after this Eygyptian cobra escaped from the New York zoo and supposedly set up its own account to report on its adventures.  Tweets such as “On top of the Empire State Building! All the people look like little mice down there. Delicious little mice.” and “Leaving Wall Street. These guys make my skin crawl,” entertained its new found friends in social media.

Using a sensory and transmission device embedded in potted soil, plants can now access their own Twitter accounts to let you know when they need watering or if they have been over watered. Touchingly, when they’re satiated and happy, they can tweet messages of joy and well being. Awwwww! Who would have thought it! 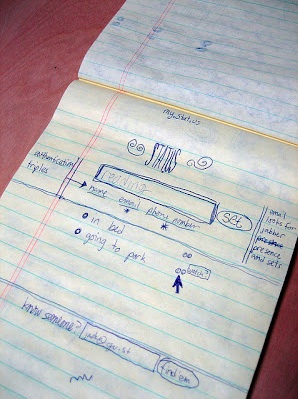 So today, I hold my glass high and say cheers to Twitter who this year celebrated its 6th birthday and has come on a hell of a long way since first being sketched out on a piece of paper by creator Jack Dorsey. It’s quick and fun and is a powerful networking platform growing in terms of how and why it gets used. I wait, like many others, with baited breath to see just how many more aspects of life and the universe it can help us to engage with. May the force be with you Twitter.