How Wearable Technology Will Disrupt SEO

Wearable technology is no longer something sci-fi geeks dream of. With interest in Google Glass growing and smart watches becoming the new norm, the way we communicate with each other will be changing soon and this could mean a whole new playing field for digital marketing.

I often wondered how wearable technology would impact on digital marketing and if companies would jump on the wearable tech hype straight away or wait until someone else beat them to it.

I am a big fan of technology, whether it is smart phones, app controlled light bulbs (yes, they exist), smart watches and everything else in between. Innovation is key to survival, whether it is improving oneself or improving the way we do things.

I am always keen to try out new technology before the rest of the world even hears about it. I was one of the first owners of the Pebble watch that shot to fame after an extremely successful Kickstarter campaign. 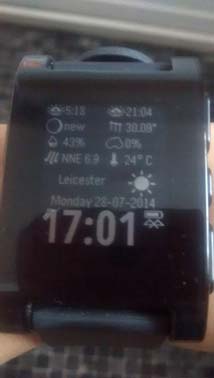 Google was kind enough to invite me to check out Google Glass in London a few months ago and I was more excited than a child going to Disney World (unless you’re this kid). 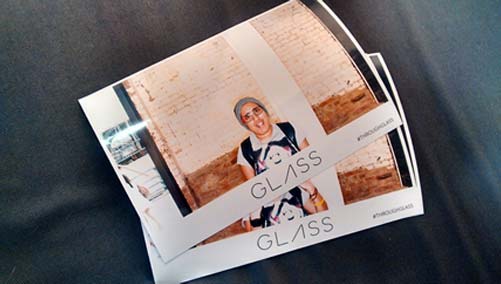 Wearables are not only “technology”, major designer brands are joining in and creating branded wearables. One of the best-selling glasses brands, Ray Ban, has teamed up with Google to create some pretty cool looking glasses and this also means people who need prescription glasses (like myself), can use Google Glass without feeling like the world is one big blur. It is not just Google Glass getting a designer logo; famous fashion houses are creating stylish watch straps for fashion conscious smart watch owners.

This year saw some of the major smart phone players launch their own smart watches. LG, Sony, Samsung, Motorola and even Apple are trying to take a big slice of the smart watch market share.

So, with all of this wearable tech hitting the streets, how will it change digital marketing?

As phones get bigger and wearable tech becomes more user friendly, we might see a decline in people using their smart phone as often as they do. A simple voice command to your watch or glasses will complete tasks without you even taking your smart phone out of your pocket.

Wearable technology creates a whole new world of data. With most devices having GPS and Google Glass having eye tracking, we will be able to see where people go, what they look at most and even be able to access emotions via heart rate monitors.

Marketing material will have to start adapting to these new screens and adverts will have the chance to become even more interactive.

A study by GlobalWebIndex found 55% of UK & US iPhone users were interested in wearable tech. This could represent a significant jump in wearable technology users in the next few years.

The need for good SEO will continue to grow. Smaller screens will mean users will only see one or two search results after using voice commands to find something instantly; therefore, being on the first page of Google will no longer cut it. Being top 10 is no longer good enough. You should now aim to be in the top 3.

Google ranking is not the only change you will see. A small screen will see people wanting small bite-sized chunks of information instead of fancy landing pages and flashy websites.

Wearables are still very new but the market is growing. Experimenting early with new concepts will ensure you are always one step ahead (and the coolest digital marketing company around).

Follow my contributions to the blog, or sign up to the ThoughtShift Guest List, our monthly email, to keep up-to-date on all our blogposts, guides and events.