How MiiR Built a Generosity-Driven Business

“What would people say about me at my funeral…?”

Bryan Papé asked himself this question after a skiing accident left him stranded against a tree on a snowy hilltop with a broken femur. That moment, and the question that followed, forced him to think about the trajectory of his life and whether people would remember him for having an impact on his community—and the wider world. The answer to that question was the beginning of his next entrepreneurial endeavor. In 2009, Bryan and his wife Rebecca Papé co-founded MiiR, a drinkware company that crafts premium stainless steel vessels for coffee, beer, wine and food. 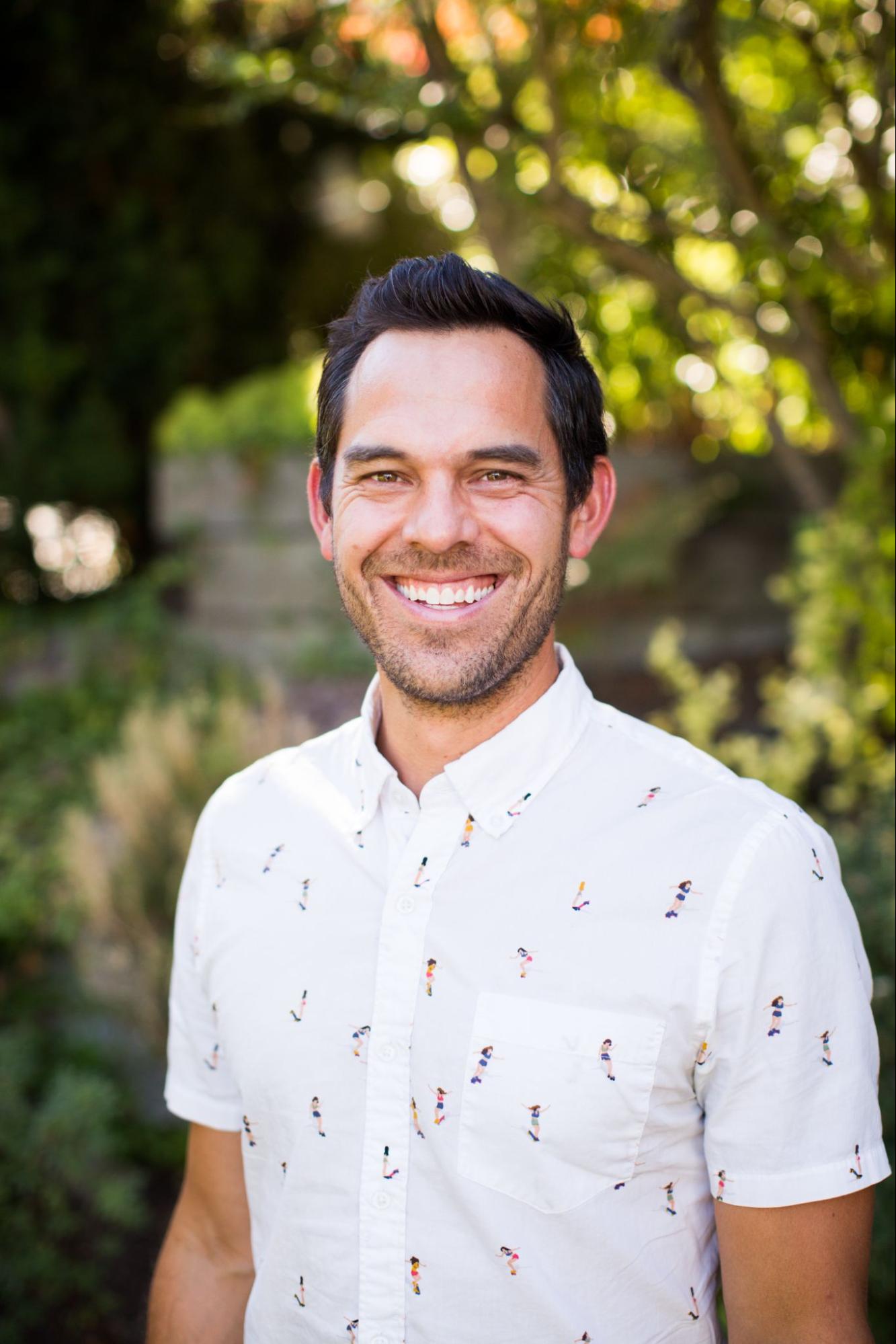 MiiR does things differently. For one, they take a human-centered approach to product design that considers every aspect of the drinking experience—from how a cup feels in someone’s hand to its fit in a car’s cup holders. Inspired by Japanese design and Scandinavian style, they craft their products with an “addition by subtraction” approach, embracing minimalism instead of maximalism. 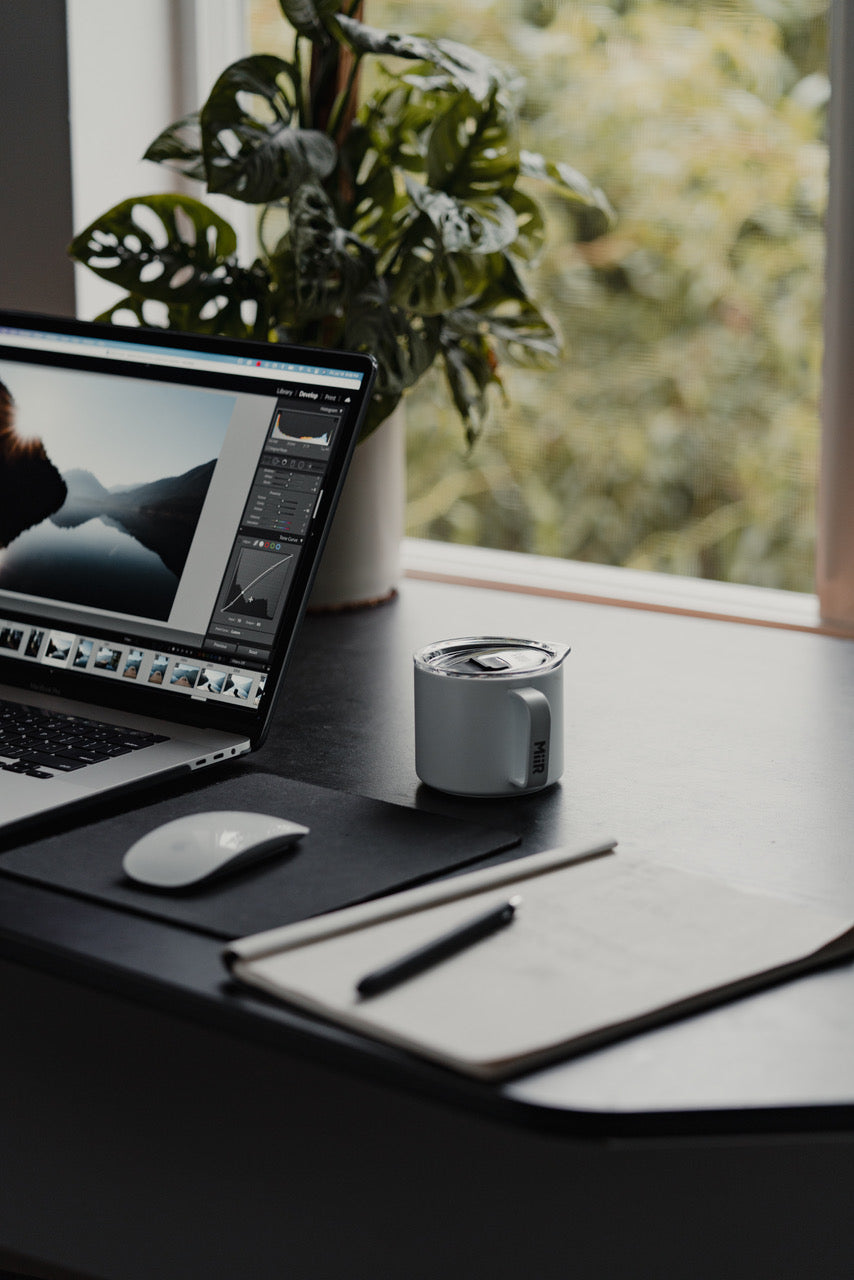 But perhaps what’s most unique about MiiR is its generosity-driven approach to operation that bridges the gap between business and philanthropy. Every MiiR product sold helps fund projects that positively impact both people and the planet. Additionally, they’re a Certified B Corporation, hold a Climate Neutral certification, and contribute at least 1% of their annual sales to environmental causes through the 1% for the Planet organization.

15 years after that fateful ski accident, Bryan, Rebecca, and their team have built a company that’s “design forward and generosity driven.” MiiR has given $3 million dollars to causes that have impacted over 100,000 people. In the process, they’re forging a legacy that will live on and building a company where every transaction has an impact.

MiiR’s approach to impact extends beyond creating a great product and writing annual charity cheques. Through their 1% for the Planet membership and additional annual giving, MiiR has donated millions of dollars through their long standing grants program, in kind donations, and event sponsorships. Their work has supported over 90 organizations including Bike Works, Ecotrust, Trust for Public Land, and charity: water. 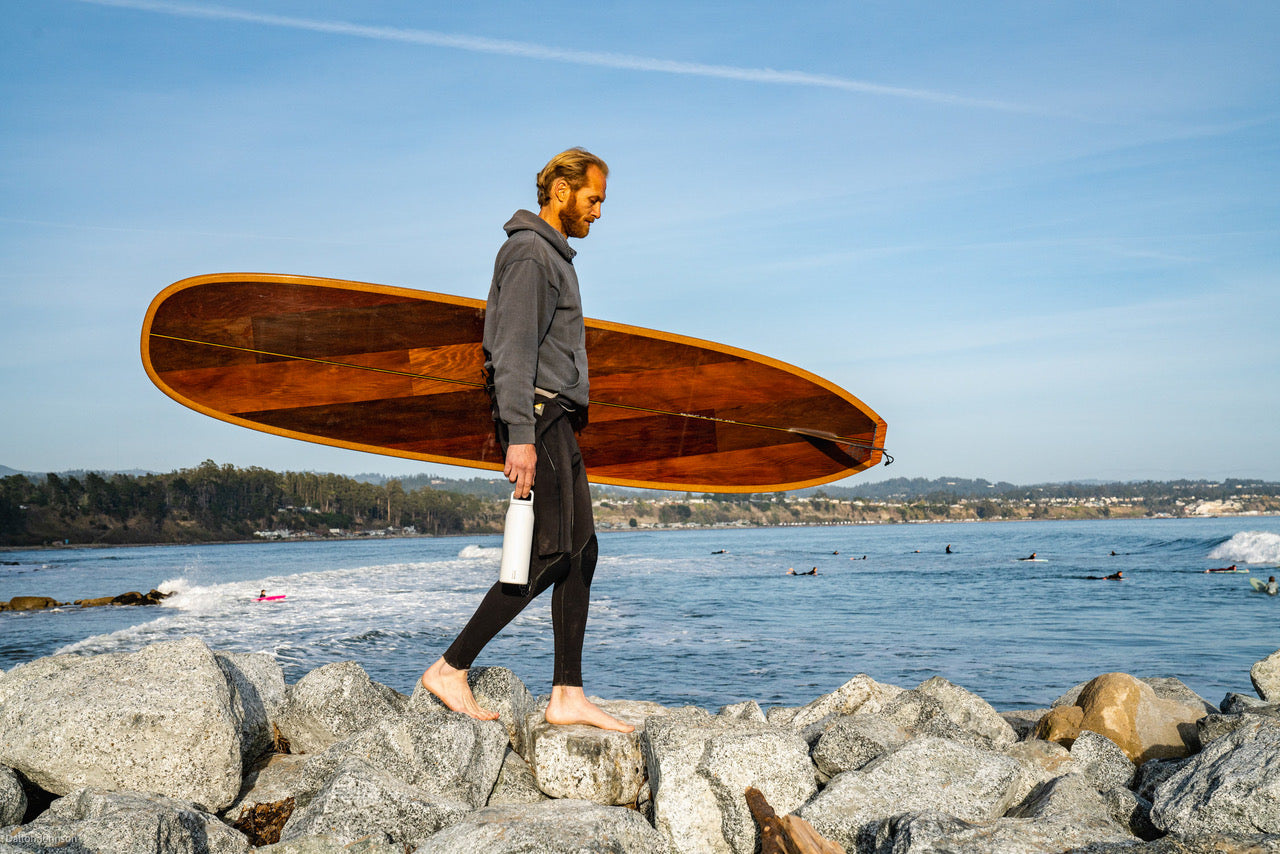 Their business impact framework allows them to embed impact throughout their organization—from ensuring the integrity of their entire supply chain to partnering with mission-aligned non-profits.

Taking a relationship-based approach to philanthropy 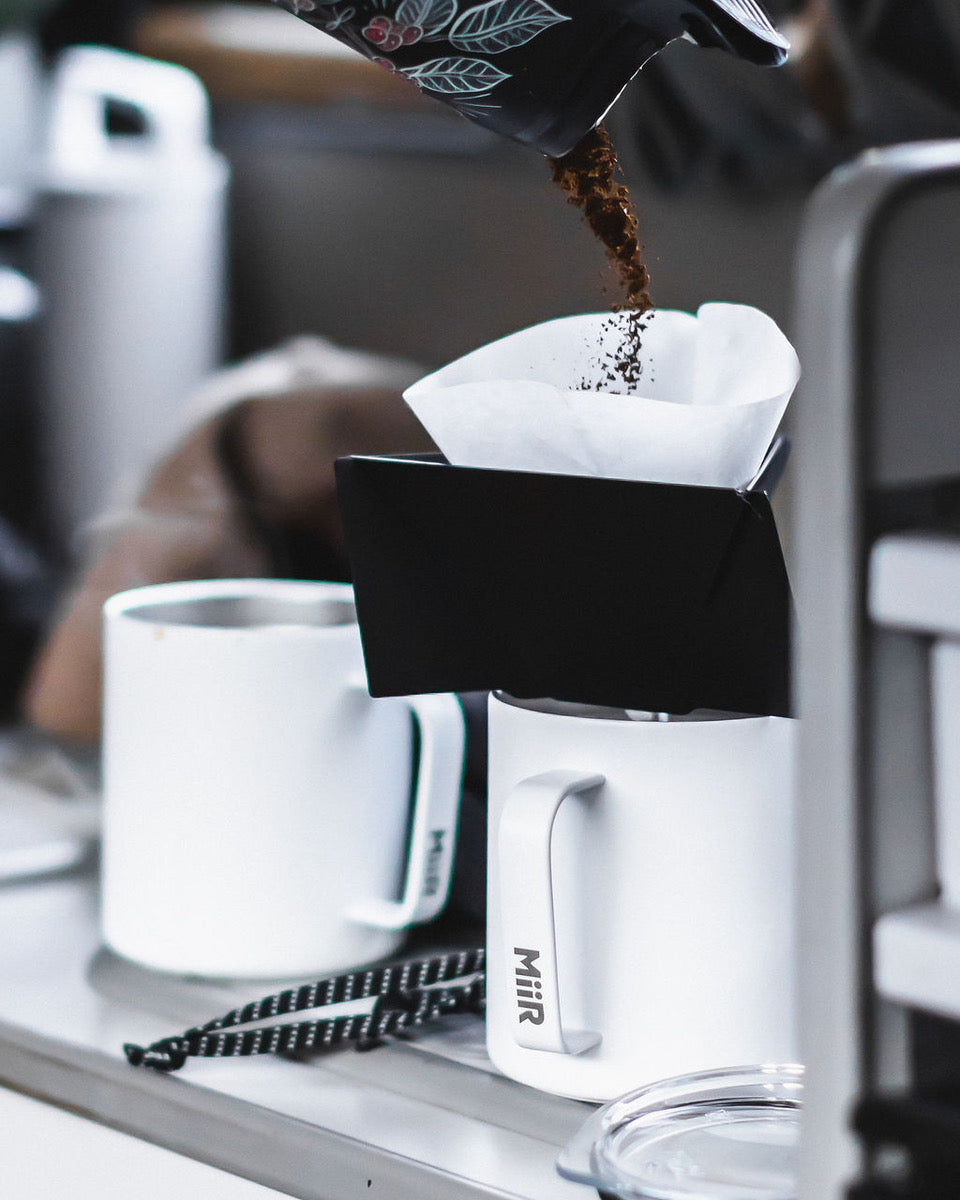 “If you’re really going to invest in change, build the relationship, give them the money and get out of the way.”

MiiR’s relationship-based approach is built on a foundation of trust and the belief that a non-profit best knows how to allocate the funding they receive. Of course, this doesn’t mean a lack of accountability. “Certainly spend time getting to know the non-profit. Do they have proper checks and balances? What do their financials look like? How do they lead? How did they hire?” says Bryan. “Really get under the hood of the non-profit and then build that relationship over the long haul.” This approach led Bryan and Rebecca on a 2011 trip to Liberia, where they observed their partners on the ground working on clean water projects that MiiR had funded.

MiiR views the non-profits they work with as partners, and empower them to do their best work without red-tape and bureaucracy. “If you’re really going to invest in change, build the relationship, give them the money and get out of the way,” says Bryan.

Adopting a three-pronged approach to impact

MiiR takes a holistic view of impact that extends beyond their work with non-profits. Instead, they view impact through three lenses: people, environment, and generosity. 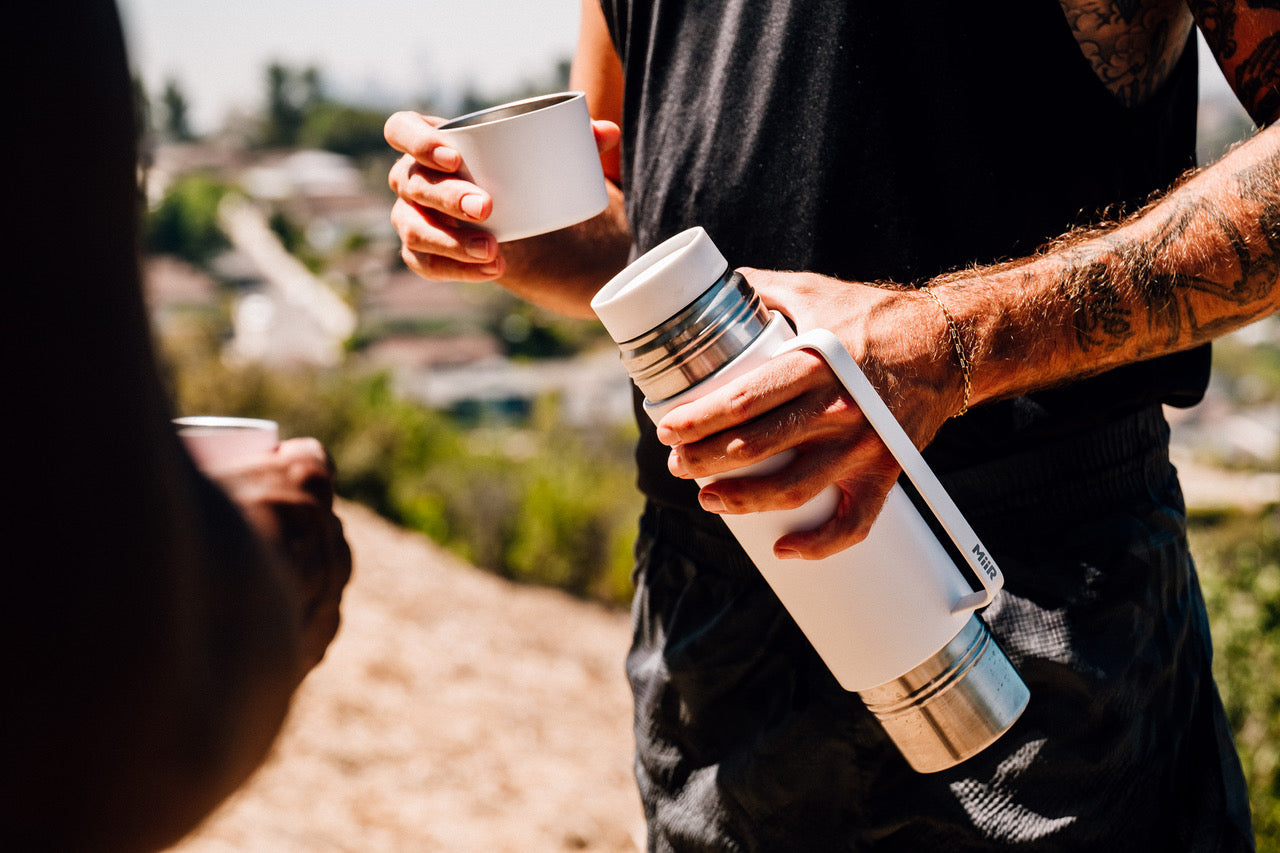 Aiming for system of transparency

MiiR released their 2021 Impact Report that outlines their impact on people, planet, and generosity, as well as key moments for the company over the last calendar year. This is just one of many instruments they use to transparently report on their impact, and lift the veil for consumers and partners to see what’s happening within their business.

Here’s a number of details they share about their business: 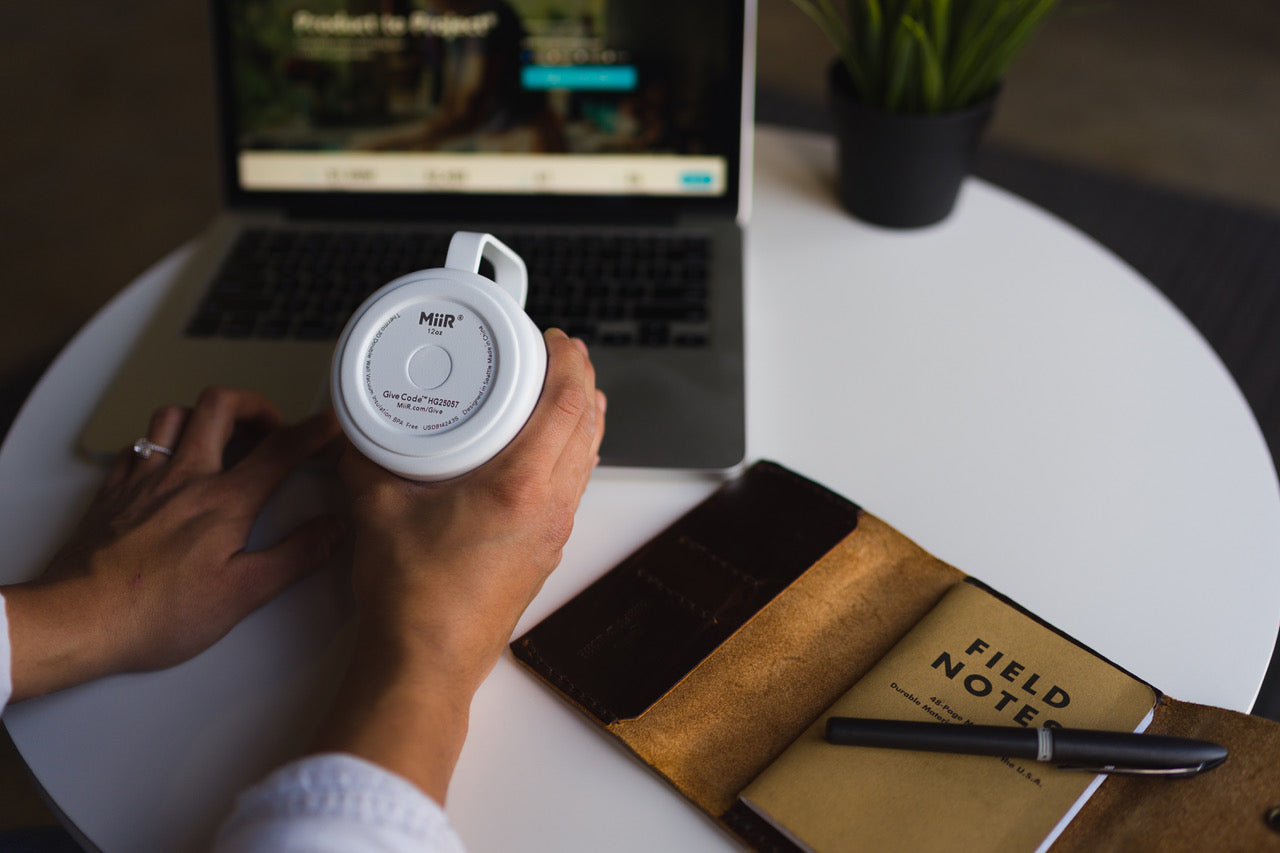 For some companies, being transparent about business practices can feel like giving competitors an opening to swoop in and use trade secrets to their advantage. Bryan and his team at Miir have rejected this notion, instead opting for openness. Inspired by companies like Patagonia and Everlane, MiiR is on the verge of exposing their entire supply chain, down to the ship level.

“The reality is we want all workers to be paid fairly. So we want better factories out there,” says Bryan. “If an entrepreneur wants to piggyback off a supplier that we’ve helped build a relationship with, we’re fine with that.” It’s this spirit of generosity that drives MiiR’s business impact framework. Eyes fixed on the future, they’re increasingly thinking of how they can push the bounds of generosity in everything they do.

Building a successful business impact framework is just one of many subjects covered in this week’s Shopify Master’s episode with Bryan Papé. Here are a few other topics we touched on: