Where the Magic Happens: Step into The Wonderfully Chaotic Workspaces of Entrepreneurs

We often see the polished storefronts of entrepreneurs. But what happens behind the scenes?

Three NYC-based entrepreneurs let us peek behind the curtain at the workspaces where they do their real work. The spaces that get a little messy and chaotic; the spaces where they brainstorm, pitch, hire, do admin work, and come up with their next big ideas. There are often tears in these places, late night glasses of wine, even all nighters in some cases. Each one looks entirely different, and each one is absolutely essential to the success of their business.

Join us for a tour of three entrepreneur workspaces, where the magic really happens. 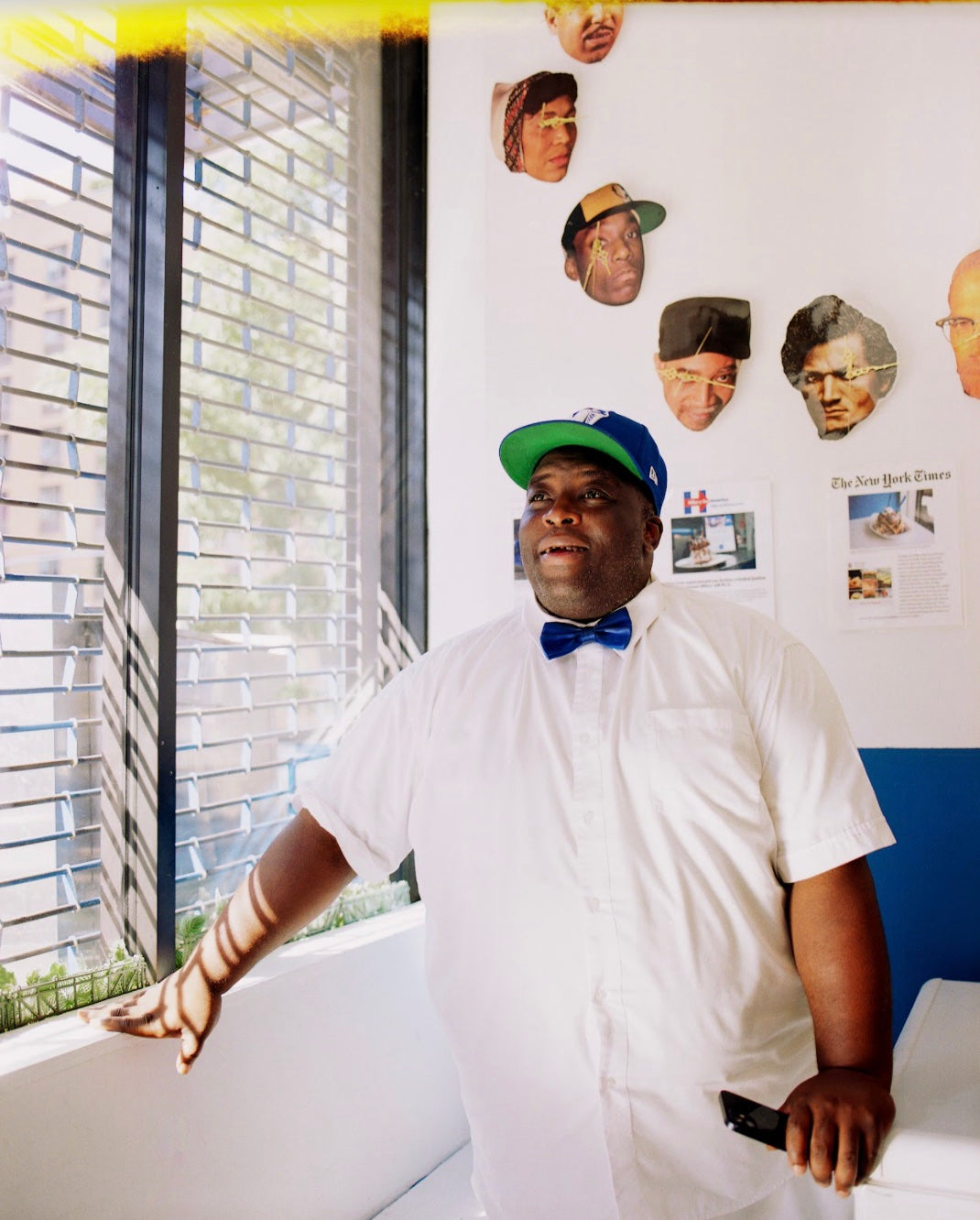 After going to jail for six months, Michael Cole decided he would never go back. In 2016, he took his favorite ice cream flavor (vanilla), perfected it for months with premium vanilla beans, and launched Mikey Likes It with pop culture-inspired flavors that have caught the attention of media and celebrities. He still makes his own ice cream.

“It takes about 12-15 minutes to make my ice cream, sometimes up to 20. I can make two buckets in 20 minutes. It’s a long day. When you use industrial machines, in that same 12-15 minutes, you can multiply the amount you make by 100. But it makes totally different ice cream. With mine, I’m able to taste it. This is quality control. With the bigger machines, you can’t taste it. This to me is the best way. 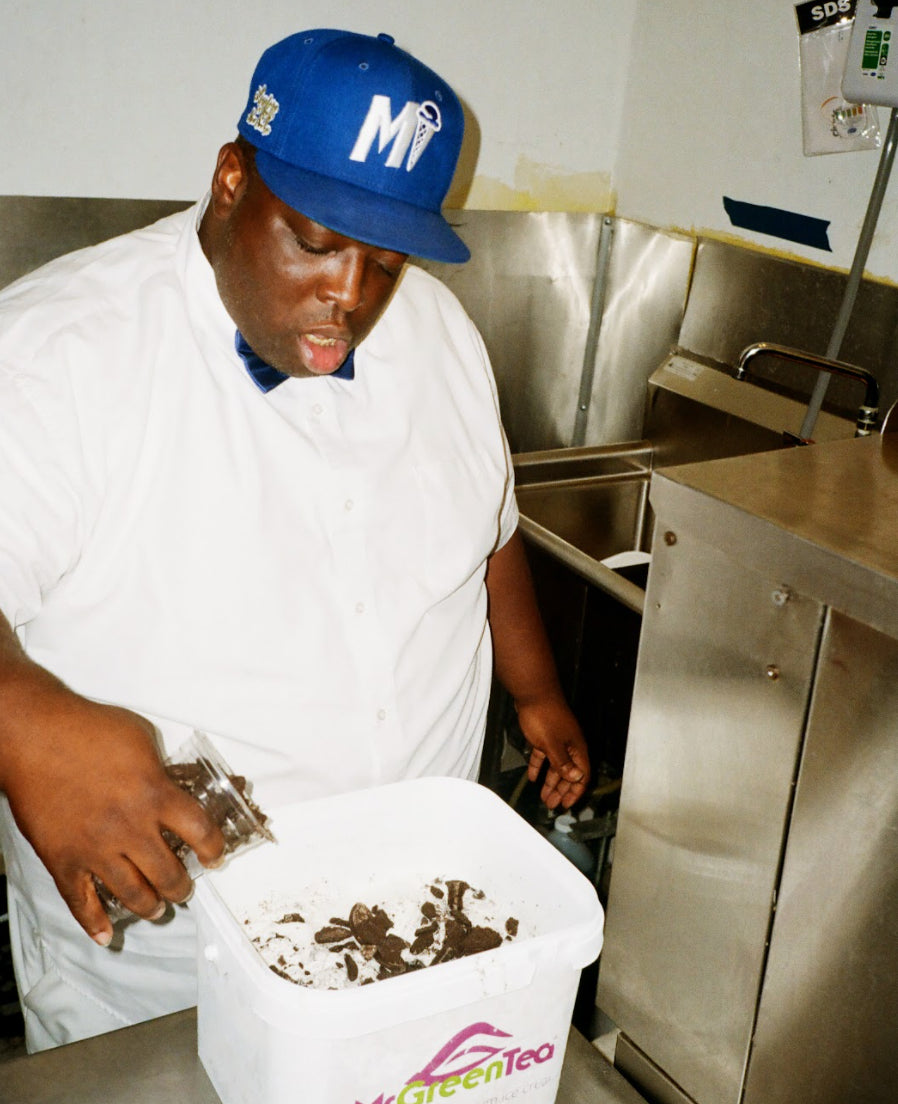 We keep things as fresh as possible. For our mint ice cream, we use fresh mint. Usually, people use an extract. But I cook mint like spinach, know what I’m saying? I let it sit in the fridge overnight, and all the oils pull from it. You can taste the difference.

Every flavour we have kills. I did a fried pickle ice cream cheeseburger. You can’t find that on Google or anything. So we’re going to release that one soon. Ever tried alcohol and ice cream? I like to add wine. A nice strawberry chardonnay, it’s really dope. 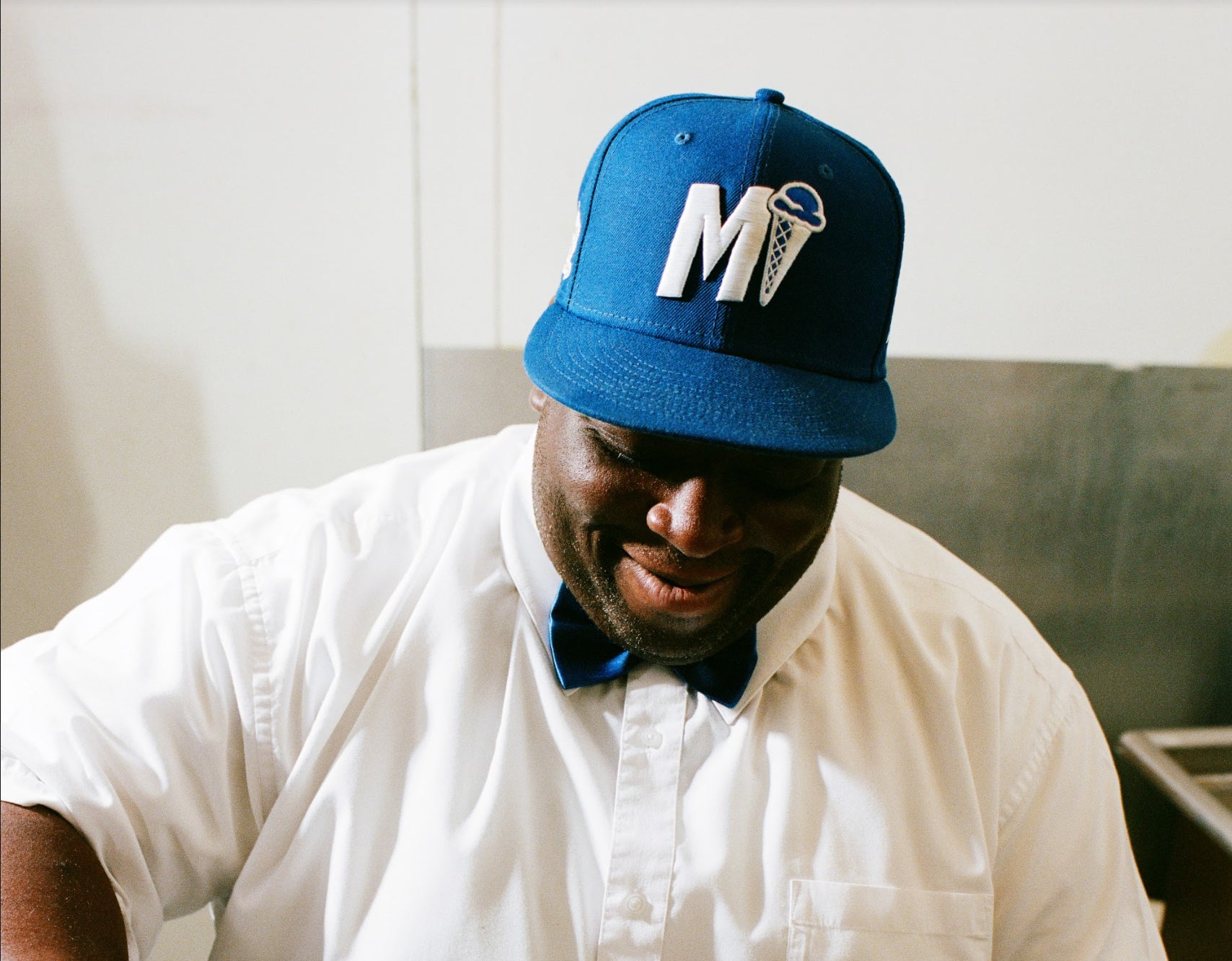 The magic happens everywhere. It’s spontaneous. I’ll eat in a restaurant and try the pie and I’ll be like, ‘I could make an ice cream flavor of this.’ Or say I’m at Popeye’s and I eat a biscuit, I might say, ‘This biscuit could make a crumble for peach cobbler ice cream.’

The goal is for people to smile and be happy. That’s my job. To make you happy.” 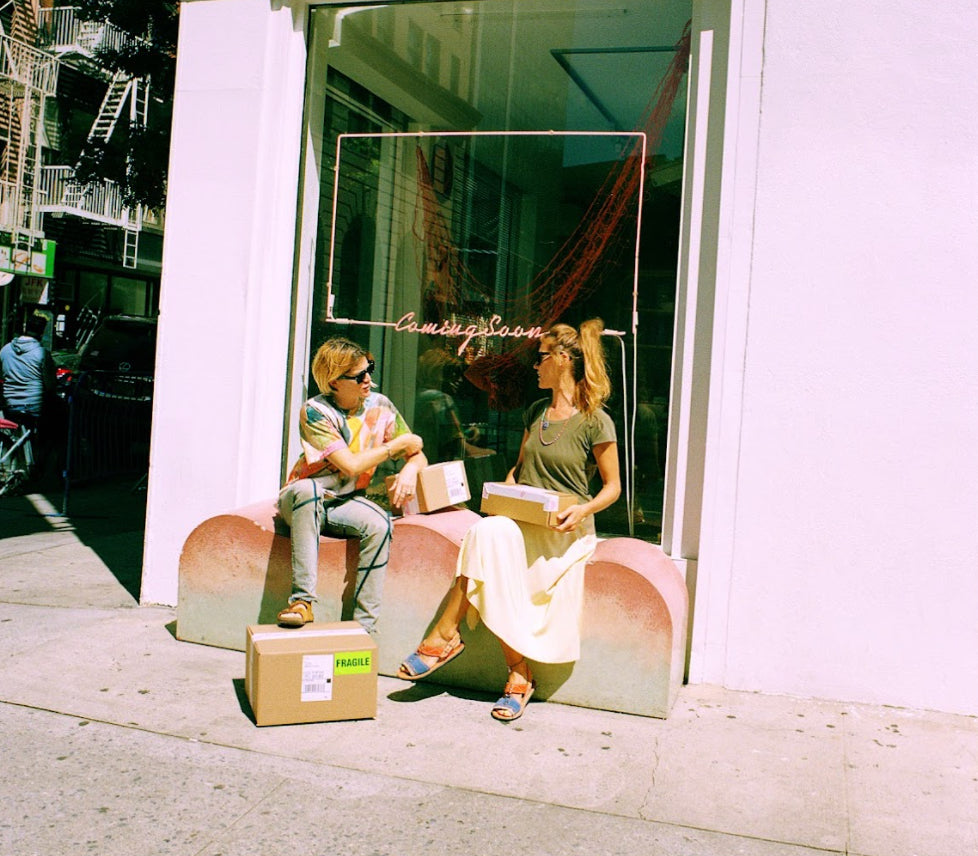 Helena Barquet and Fabiana Faria fell in love while working at an art gallery together. They liked being around each other so much, they decided to start a business. Coming Soon is their gorgeous and quirky furniture and gift shop founded in 2013. Visiting feels a bit like travelling to Oz—and their stockroom basement is where they create the magic behind the curtain.

“Our stockroom downstairs is where we fulfill all our online orders. And sometimes we hide down there. I definitely think it’s where we’re most productive, especially when Alex (employee) is down there with us. We’re closed on Mondays, so that’s when we get to catch up on everything that’s happening. We pack as many orders as possible, and we talk about what’s working, what’s not working. It’s a nice way to work without having too many distractions of what’s going on upstairs. 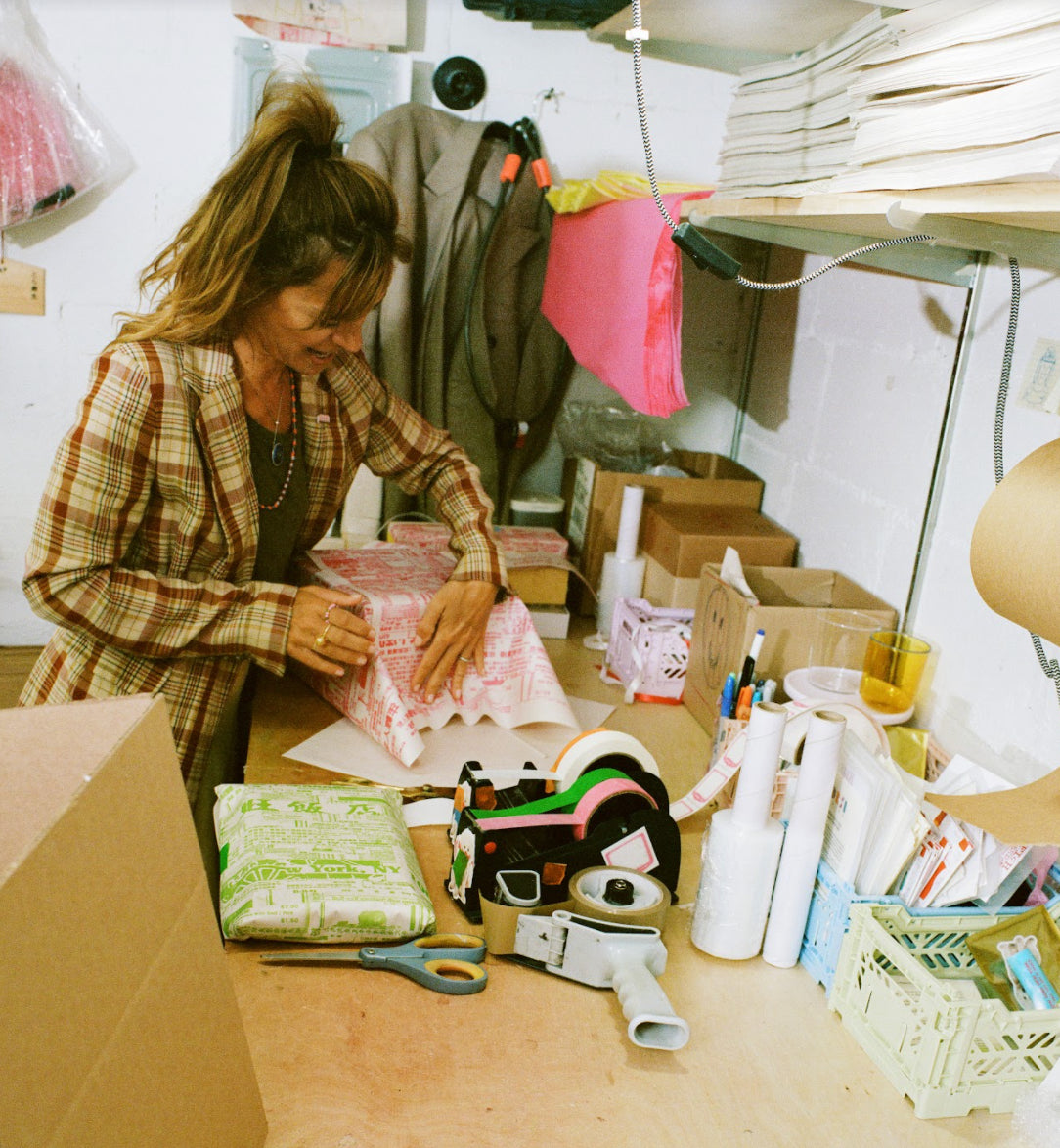 One time I got a call from Alex and she said, “The biggest rat I’ve ever seen in my life is in the stock room.” It looked like a possum. And it was up on a rafter. So I was like, ‘let’s put a crate underneath, we’ll shove it down, it’ll fall in the crate and we’ll cover it.’ Like literally Tom and Jerry shit. We finally were able to corral it in a bin and get rid of it.

That’s definitely one of the most colorful days down there. We sometimes do late nights packing orders, drinking wine, eating pizza, playing music, especially during the holidays. We try to keep it as fun as possible. 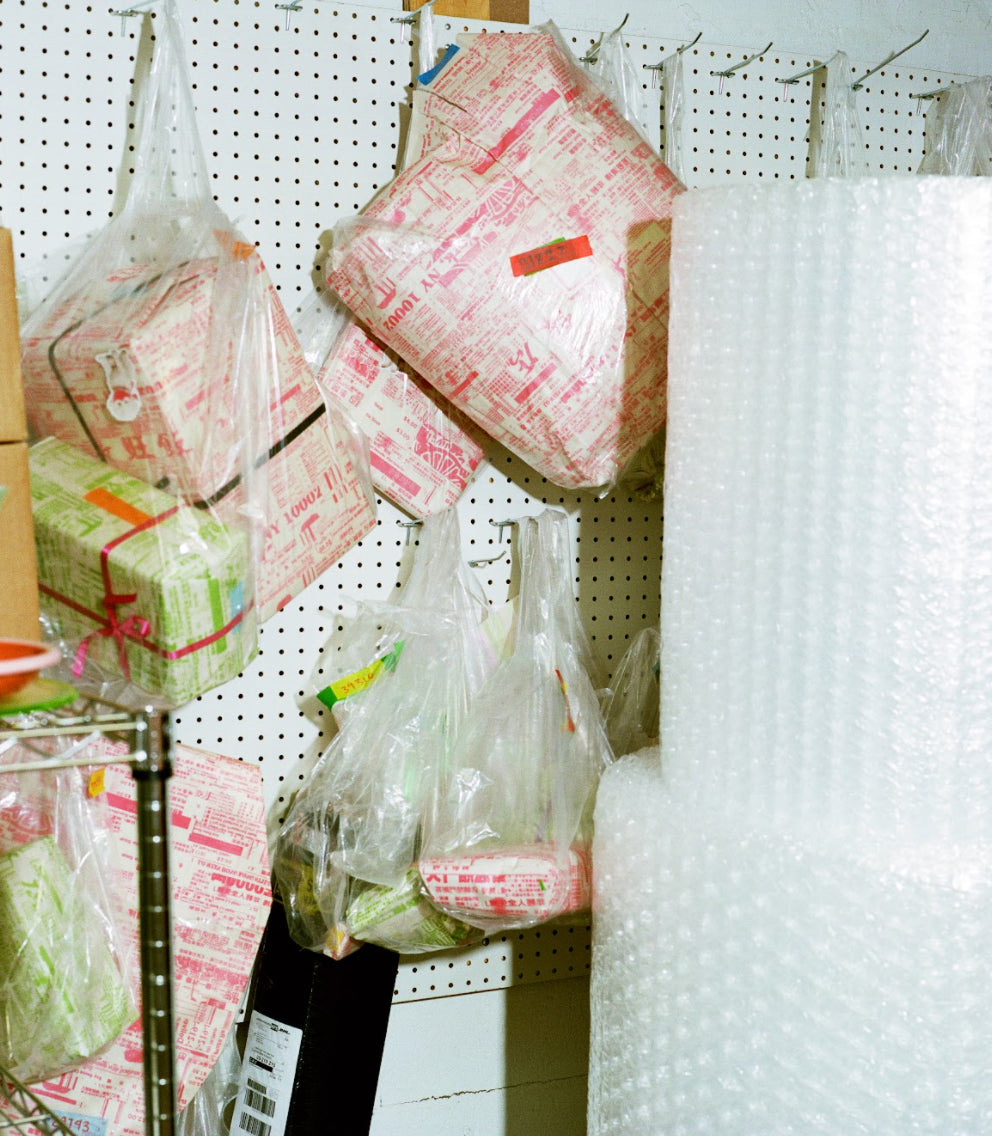 For packing, having three people is the best. One person’s gift wrapping, one person’s packing, and the other is running the ship on the computer, basically telling you what’s next. That’s the most efficient.” 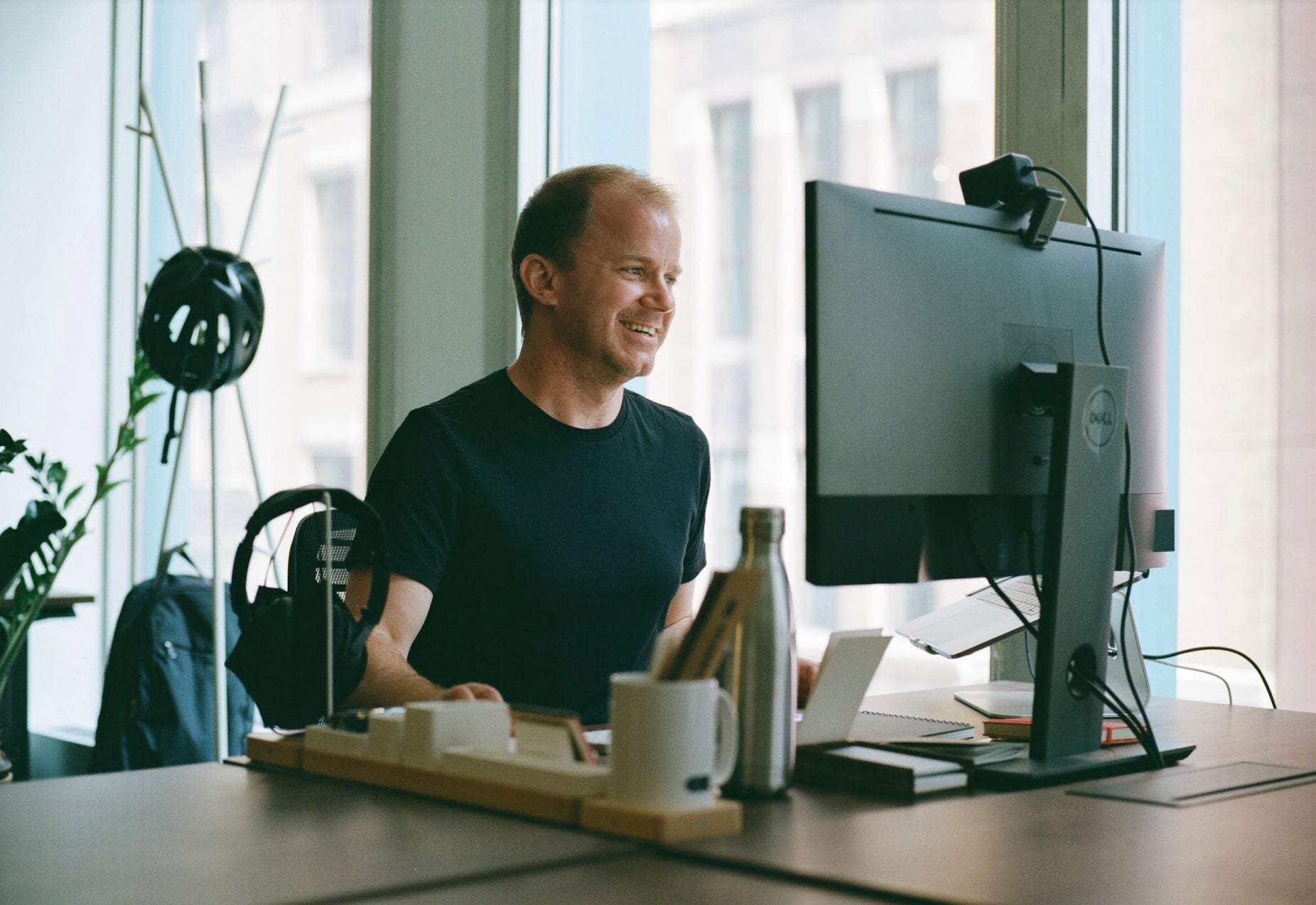 These days,workspaces are often digital. In 2000 Galen King started Lucid, a creative agency in New Zealand, and became one of the first agencies specializing in Shopify store builds. Galen moved to New York in 2016 and now runs Lucid from there. During COVID, he surrounded himself with new tools for a digital-first environment. 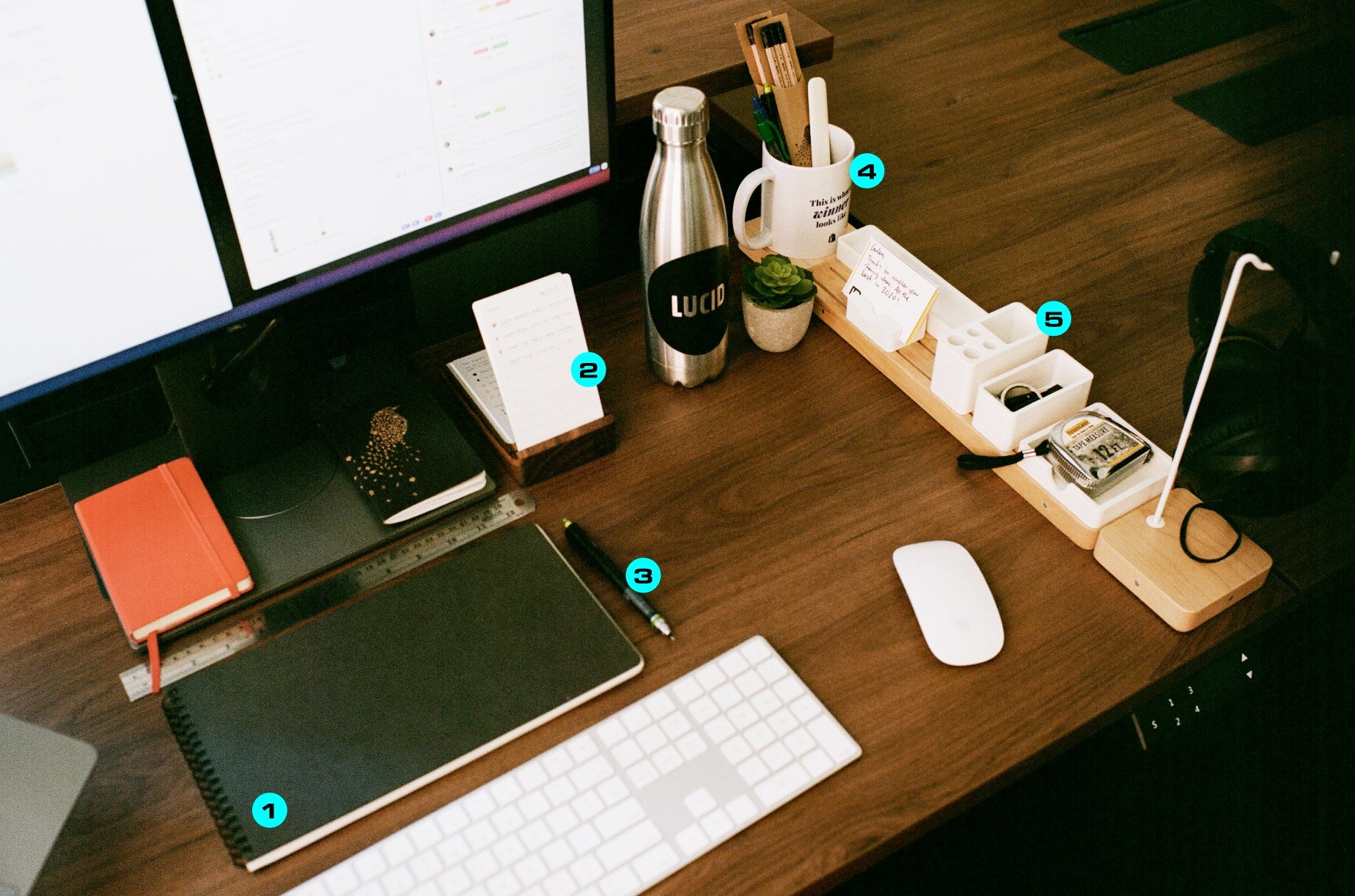 “I’m always trying to find the best, simplest solution. I have a definite obsession with well-designed and well-considered items.”

These interviews have been edited and condensed for clarity. This piece originally appeared in the print edition of Shopify Magazine. Photography by Kristina Dittmar.